A lot of what happend in the open-source projects I’m involved in in 2018 hasn’t been covered in my blog, which I want to fix in this slightly delayed year summary.

I attended Akademy, the annual conference of KDE developers and users. It was the first time I met the other Plasma Mobile and postmarketOS developers in person. It was a really interesting experience in the nice city of Vienna. The first two days were full of talks about interesting social and technological topics. The last three days were even more productive for the Plasma Mobile team, since we often found time to meet for inofficial BoFs to plan for the future of the project. Details about the technical side of things can be found on the Plasma Mobile blog.

Fortunately I could test a few apps on Plasma Mobile phones, since many developers at Akademy owned a Nexus 5X. 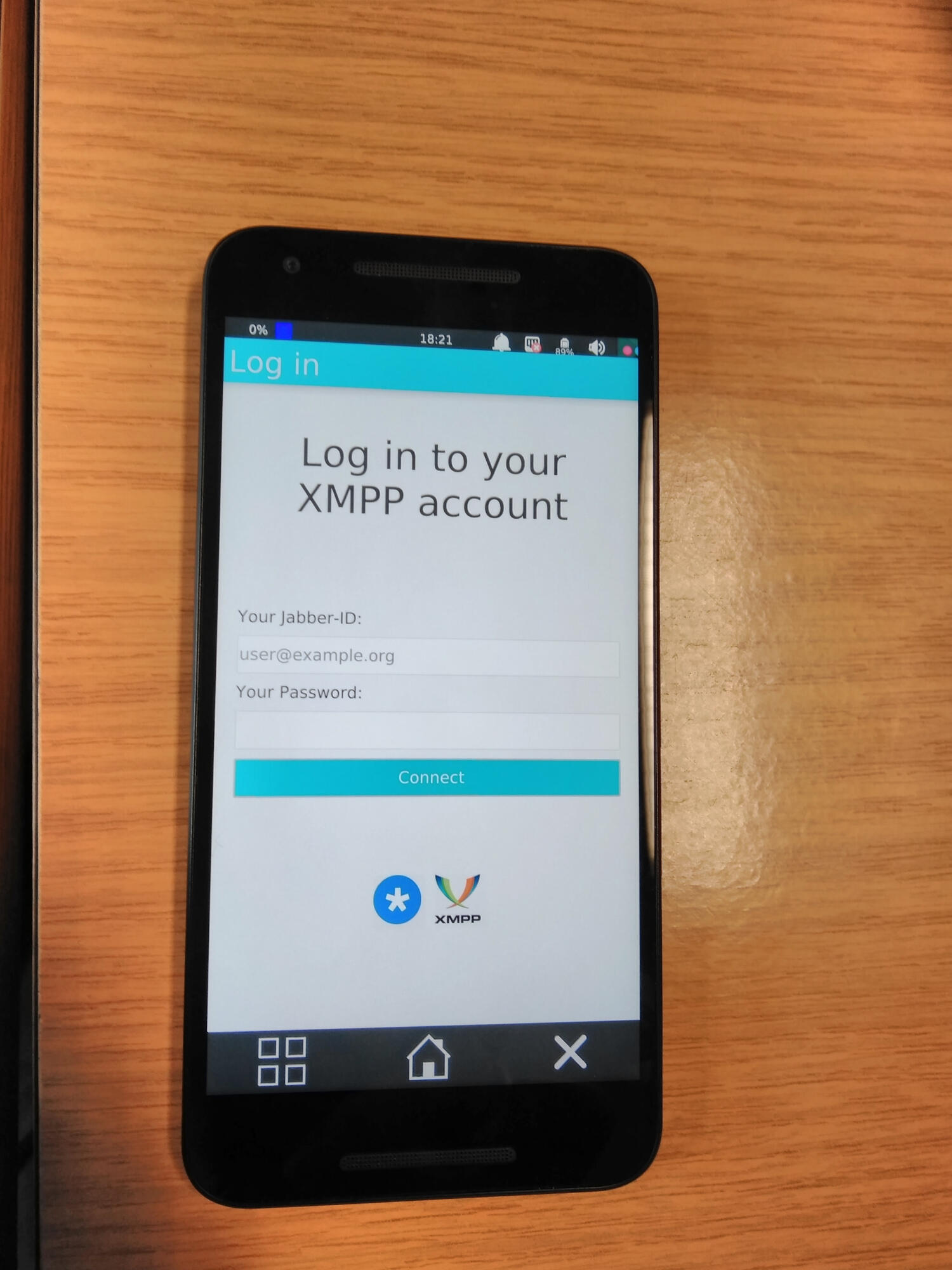 I really hope that I can attend again this year, but it still depends on the date, since holidays this year will be much earlier than last time.

2018 was also the year in which GitHub lost it’s status of being the git hosting service everyone uses. GitLab was chosen as the primary replacements by many communities. One of the positive results of this is decentralization. Most communities with the neccesary infrastructure have set up own instances of GitLab community edition, instead of depending on another centralized closed source service. My debian-pm project has also moved to GitLab, and can now be found on gitlab.com/debian-pm. We also have our own GitLab instance for Kaidan on git.kaidan.im now.

Even Plasma Mobile has moved to GitLab, not all repositories have moved yet, but the most important ones can now be found on invent.kde.org

Instead of building packages manually on a Raspberry pi in an unautomated and often time intensive way, I used the benefits of GitLab to automatically build packages and upload them to the new repository on repo.kaidan.im. The ci-tooling is of course also on gitlab, and is shared between all the individual package reposiories.

Additionally some people reported that the debian-pm repository works on the Raspberry Pi. For screenshots, see this mastodon post.

Prebuilt images for mobile devices are slowly becoming available, but are still broken from time to time. If you want to test them, get one on archive.kaidan.im.

Plasma Mobile gained some new apps by Camilo Higuita, which should improve usability by a lot. We do now have a proper music player, new image viewer, and index, the new file manager. I finally finished redesigning the camera app, which is now based on Kirigami and should be easy to use. If you have further ideas for improving it, drop a merge request here.

My porting is still not really finished, and I didn’t really work much on it either. The graphics bug stays a mystery. I’m working on Plasma Mobile and it’s apps anyway, so other people who have officially supported or otherwise working devices can already test my changes. As described in our new documentation, developing apps without a real device is possible and even quite easy.

Although Kaidan didn’t get a new release this year, many new features and improvements landed in the repository. Unfortunately those were often not the features we needed to complete our milestone, but that’s what can happen if everyone is free to choose a task :)

Kaidan has switched the XMPP library to qxmpp, and on top of which LNJ implemented support for HTTP file upload and some other XEPs. We implemented editing messages, an invitation website for new users and many other usability improvements

Ilya Bizyaev added support for many new platforms, like Android, Android Things, Windows MacOS and iOS. I also continued working on the experimental support for Ubuntu Touch. In this process, Kirigami became a part of the default Ubuntu Touch images, making it easy to port other KDE and Qt apps to the platform.

Thanks to Purism, I’m looking forward to receiving my Librem 5 development kit, on which I will be able to finally test Plasma Mobile regularly on a touch screen. Halium devices will of course still stay supported in debian-pm, although I might shift my focus a little more to mainline supported devices. Fuchsia coming nearer to entering the market means that its uncertain whether we can support many devices with Halium in the long term. In the worst case, all fuchsia drivers need to be manually reverse engeneered and rewritten for linux. If we are lucky though, more fully open-source linux devices will be released in this and the following years. See Marius Gripsgrad’s blog post for more information on the fuchsia topic.

A Plasma Mobile sprint is planned for February. If you want to join, you can find more information in the phabricator ticket.

The comment feature is still experimental! Comments may be deleted at any time.